Who is afraid of Donald Trump? And Why?

The mainstream media since before Donald Trump was elected decided to demonize him. Because they are aligned with the agendas that intend to decapitate the United States’ historical and treasured civil and universal freedom. 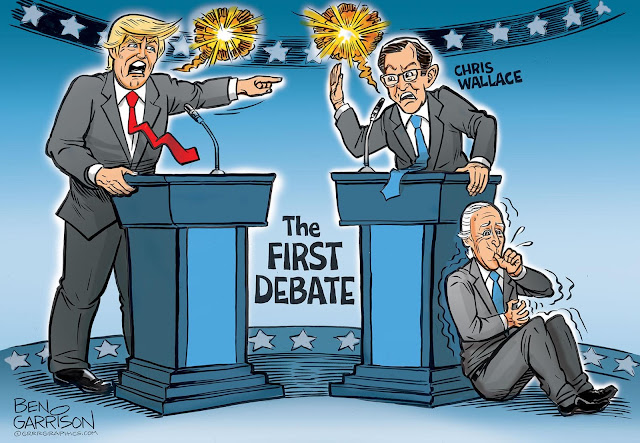 Back in 2016, who would have thought that the Clinton Clan would fail to go back to power? Obama himself was a puppet of such plan, since Hillary was imposed as an important member of his government. Trump’s election forced such groups to remember that the USA is not a Marxist Monarchy.

Donald Trump’s administration did its best to secure American jobs, keeping them in the country. Which meant the American Economy, and its own companies, became stronger. Until then, the Chinese had an immense and disproportionately high presence and relevance in the USA’s economy. Which, besides being dangerous for the American sovereignty itself, it’s also important to remember that such foreign products lack the same quality, and the Asian workers don’t have the same wages than those in the USA, for example.

The United States are more independent and its economy is more pungent, today, than in the pre-Trump years. In fact, the Democrats are trying to capitalize on the country’s sucesses under the Trump administration. Joe Biden’s slogan campaign “Buy American” is nothing but a poor yet obvious attempt to do so.

During the Obama years, the Democrats were not so interested in “buying American”… But since Trump’s administration achieved what it had promised, now everyone else wants a piece of the cake.

Hopefully, voters are not that easy to fool.

And speaking of Chinese, it’s interesting to notice how Trump is so viciously attacked by Joe Biden because of the Coronavirus, and yet, not a single word is to be heard by the Democrats regarding the origins of such virus. And yes, the virus is Chinese. And yes, the Chinese Communist Party knew about it months before the International Community was finally confronted with it. And yes, Economy Shut Downs benefit China.

So, at the same time Trump was confronting China with its virus, and its responsibility, asking the right questions, which still lack proper, detailed and transparent answers, Joe Biden, the Democrat Puppet was and is silent about China’s role in this department.

Why? Are there future businesses to be resumed with the Chinese Communist Party, and its companies, if the Democrats regain the American Presidency?

We already know how the Democrats are in favour of State Controlling and Totalitarian ways to deal with problems. That’s how China dealt with the Covid-19 virus. In a sad display of how Governments, if empowered, are able to treat their own citizens like boarding chess. Cheap and disposable boarding chess.

In conclusion, there are several questions hanging in the air. But fortunately, at the same time, we have the same amount of obvious answers, regarding who is who. And what to expect from each one of the Presidential Candidates.