The Truth was hijacked by the Woke Mafia.

Do we still live in a Democracy? Loyalists will say we live in a Republic which guarantees the God Given Rights of every Individual. 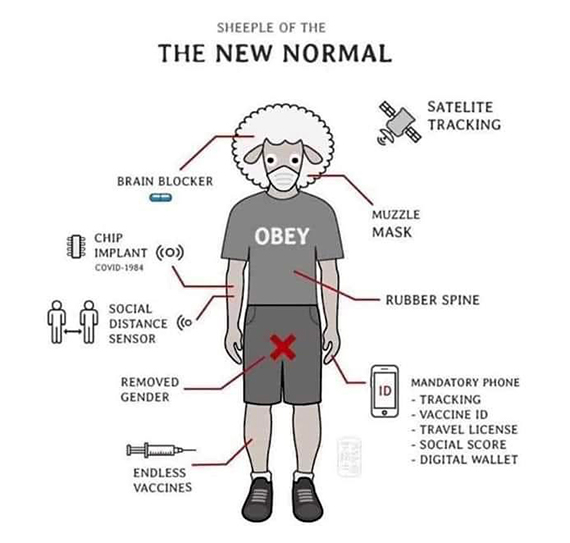 Fact- The entire Pandemic was created through a Fake PCR Test.

They knowingly kept "the cures"  Hydroxychlorquine and Ivermectin away from the public.

After the public brainwashing through the mainstream culture, the Big Corporate TV Channels, Hollywood, which are all linked to the Government itself…

They thought they were woke! Now they are the joke

Their virtue signaling, over zealous good hearted nature and their trust which led to gullibility were all weaponized assets against them because of their own ignorance of the hypnotic spell their minds were under.

For those who capture a slight spark of intelligence, the answer is obvious.

The 2020 American election was not a free election on its own! Regardless the fraud.

This is the point!!

Exposing the whole real truth is what is bringing light to darkness for all to see what is being hidden from your perception!

And in these days of assassination of Democracy, it’s not only the “Left” but the

Right" acting together like a two headed Hydra, the future regime, building itself up by consuming your energy like a parasite..

Global Government produces and dictates its own laws and ways of being.

The Humanist Propaganda lives at the expense of your Individual Liberty. Third World Countries controlled by Woke Multi National Corporations use child labour to produce the same products that the Left wears and uses, proudly.

Recently I got a phone call from a relative because she saw my head bopping as I'm walking down  the street without a Covid Mask. I told her I was in the mood for singing “Keep On Rocking In The Free World.”, by Neil Young.

And that’s hard to do when you can barely breathe.

Actually that day I was rocking out to all the Classics. Twisted Sister's "We're Not Going to Take It" and "Killing In the Name of" by Rage Against the Machine and "Stayin Alive" by the BeeGees and "Grease" by Franki Valli. Have you ever read the lyrics?

So, besides my eccentric and fresh musical tastes, I like oxygen. What can I say, I’m a rebel!