Flashes of memories come and go like faces, and identities. The passing faces in the crowd. Some faces hide years of pain and anguish with a smile. Other times, the pain is hidden behind the mask.

Does anyone even bother to ask if the wearer is really comfortable wearing it? 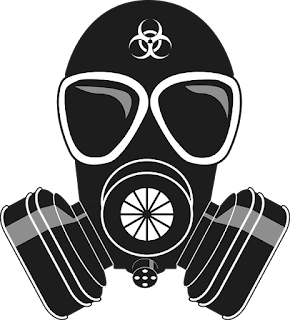 Jack Grayson knew about masks...
He had worn one his entire life. We all did.

The Corona brainwashing had played its role perfectly, Jack said to himself.
Almost everyone is wearing their Covid-19 masks. Studies report they are totally inadequate at stopping microscopic bugs.
Like wolves stalking sheep, they are in feeding mode, sending judgmental looks to those few who decide to breathe without restrictions, on the outside. Not wearing the mask.
With the hysteria at an all time high of a pandemic now less deadly than the seasonal flu, some Americans were still frozen, still reluctant to take off their masks. It seemed like...

The Media hid the real statistics while feeding crumbs to a craving Public addicted to fiction.
The Corporate Media told you that Hydroxychloroquine, a literal wonder cure, was dismissed as snake oil by those we were told to trust.
The truth can be ignored and often times manipulated.
Evaded, until...
If the word of the cure got out, there would be no way to preserve the hoax, and no reason to wear masks, since that symbol of oppression would vanish.
That addiction to hysteria-driven-fear needed to continue feeding victim minds with an illusion of  acquiesced compliance.
In order to sell billions of dollars in new vaccines to those fixated on their TV screens, you need to trust us, they said.
The Mind virus was deadly. Deadlier than the seasonal flu and pneumonia combined.
Normally, people die every day in the thousands, it happens.
Like a spider, the fear intoxicates.
The hysteria becomes the addiction. The truth is the withdrawal from illusion.
The sickest among us would seem normal at first. A moment later. They would snap at anyone in their vicinity caught not wearing the mask.
The mask of illusion became the mask of submission and confusion.
Did the Big Corporations hide the cure while the Media attacked anyone who questioned anything?
That fear was locked into their brains. Like robots, they would comply with anything they were told.

Millions of deaths that the media told us to expect never happened.

And now while trying to get the message across, he thought, are we bound by rules of an insane asylum getting in the way of everything worth doing?
Sure, zombies were bound by the system. But the System was infected by the Mind virus.
It didn't matter either way. They needed no mask but yet they overran everything with their hijacked minds; glued in obedience to the screen of their TV sets and smart phones.
Without question, they drank up the fear they were being fed.


Who was asleep and who was awake?

The ones who did not wear a mask went about life as normal as possible, they looked healthy.

But the ones with a mask stayed indoors, and breathed in their own carbon dioxide as germs collected inside their face coverings like a human petri dish of bacteria.

Nothing irked Jack more than seeing them like that.

He watched the people go in and out of the mall with disinterest.

Why do they want mail-in voting, when it was safe to go everywhere else? Jack thought.

In fact, what was unsafe was breathing your exhaust all day in a mask. Carbon dioxide, how ironic that humans have been forced to breathe in their own carbon.

Jack thought wearing the mask was like owning a miniature humidity dome on your face.

There are lots of people shuffling around now; most of them in masks.

"If I am not sick, do I need a mask? To protect people from a virus that I don't have? Hmm. Total absurdity."

Usually when a person is sick, they look sick. What sickness do you know that never manifests any visible symptoms?

For obvious reasons, he didn't believe in the conspiracy the government was feeding the multitude.

So it seems the real conspiracy theories spring forth daily from the Mainstream media.

Well, aren't they? When a motorcycle accident happens, or even Medical malpractice, and some unfortunate faces the Grim Reaper, well isn't that just a theory to blame on Covid-19 to inflate the statistics?

There was never a time after he got woke when he believed in any of that crap the reporters were always trying to sell to the public.

They were as guilty as the government who controlled their talking points.

They helped to spread the real threat, the Mind virus, by making people believe lies to keep the Public in check. People craved fear to justify living in a trance, and to remain seated, sedated, and confined in their homes; glued to their TV and so, the government illusion just made it possible for the Mind virus to spread even faster.

Even after they reopened many places in the economy, there were still many places that were left closed. Jack  suspected the worst. Corruption. Why would anyone open a part of the economy, deem it fit for business and shut down the other parts; knowing full well that people were going to gather at that open part?

It was as insane as it was stupid. And the people were buying into the idea without remorse.

Even the security men outside the mall couldn't keep a mob out.

They were crawling like ants on sugar, desperate to get the little they could before curfew began.

He shrugged. There wasn't much to be done for the masses, and that's when Jack realized! His mind had a flash of pure genius.

Pockets of people. Small pockets of people are what has ever affected change in any real and meaningful way. Jack had a vision. He saw these people transmitting knowledge of this Awakening like a wave. A template is needed like a blueprint for others to follow and duplicate. Then it will go viral, Jack thought.

In this Dystopia, Jack saw a light.

Because that inner light never goes out, not if you are alive and breathing.

Now this image of the Grim Reaper still lingered in Jack's mind, and was nearly getting to him now.

So much for staying safe, Jack thought. It seemed the awakening needed to be pursued sooner than he had thought. The redemption of the people was now more important than any other thing and he was ready to face the Reaper.

He seemed the perfect man to begin with.

The most fearful ones were screaming the loudest at the people who chose not to comply with the insanity.


At first, the Authority said masks were not necessary during the height of the Pandemic, and now in the Summer, the hottest months of the year when Flu and cold virus normally disappear, the hysteria was amplified as death rates dropped to nearly zero but the Media ignored that.

Bill Gates was on TV gleefully talking about the rushed vaccines that he wanted to give to every person on the planet.

It didn't matter if the clinical trials were rushed, would much of the Public even take one?

Even though 99.99% of people would survive the virus just like any other flu season, the Government rushed to protect the sickest among us by extending the quarantine indefinitely. If it wasn't for small pockets of immunity to illusion, the whole of society might have just collapsed.

But I share this story with hope. The hope that a small band of the decentralized resistance emerged, at first in pockets streaming bandwidths of real truth and then later, The Great Awakening began opening up and freeing minds everywhere.

Read Next Page - The Grim Reaper 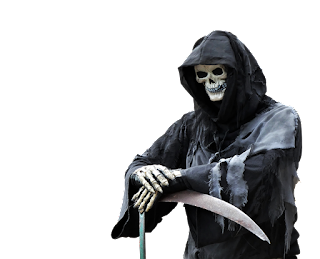